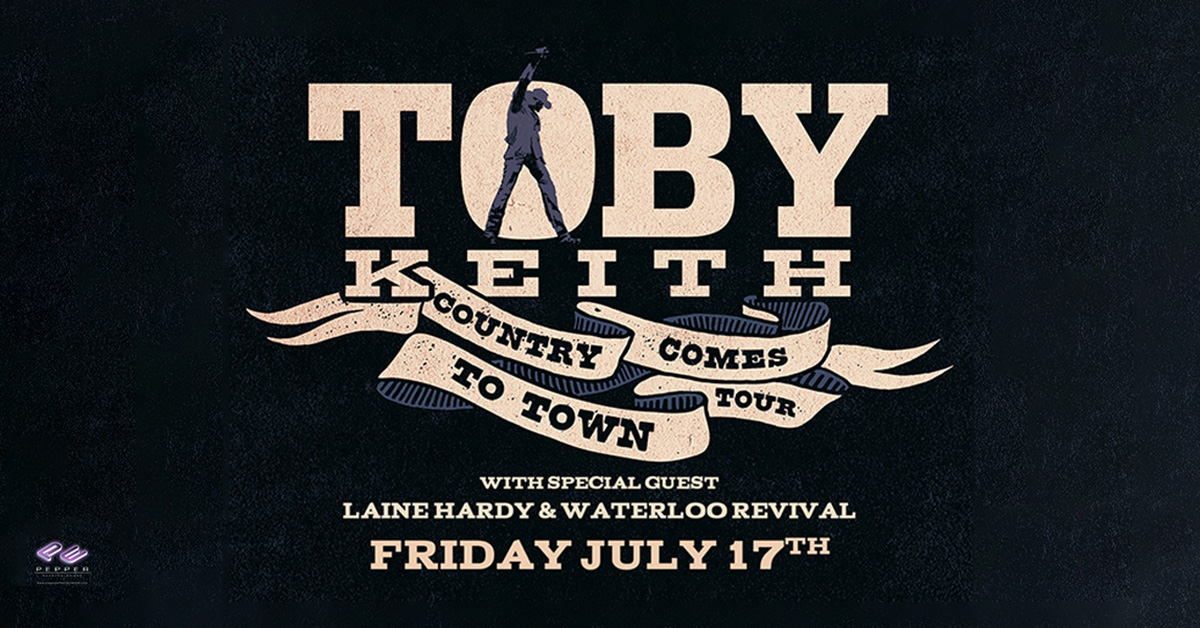 The familiar maxim of the triple threat – singer, songwriter, and musician – doesn't begin to cover it for Toby Keith, one of the modern era's most complete self-directed hit makers. And Keith's most recent months are a remarkably accurate representation of his entire career. In October 2019, he released Toby Keith Greatest Hits: The Show Dog Years, a collection of his songs that features more than a dozen tracks with four newly recorded songs including “That’s Country Bro” and “Don’t Let The Old Man In,” which was inspired by a conversation he had with Clint Eastwood and was later featured in Eastwood’s movie, “The Mule.” The album also includes country's most impactful viral event, "Red Solo Cup," the video for which has received more than 53 million views and was named ACM Video of the Year. Rounding out his music-related accomplishments is his Toby Keith & Friends Golf Classic fundraising event. Celebrating its sweet 16th year in 2019, that annual two-day bash has brought in a total of $13.7 million to support the charitable endeavors of The Toby Keith Foundation which includes aiding sick children and their families in Oklahoma. From the moment he released his debut, hit single “Should’ve Been A Cowboy," the engine driving everything has been the music. He writes it. He arranges and produces it. And he releases it on his own record label, Show Dog Nashville. At the core is his songwriting, as recognized in his 2015 induction into the Songwriters Hall Of Fame in New York City. That year Robert Hunter and Jerry Garcia of the Grateful Dead, Willie Dixon, and other songwriters from all genres of music were also included in his induction class. The Nashville Songwriters Association International named him Songwriter/Artist of the Decade and he is a three-time BMI Country Songwriter/Artist of the Year. His songs have received more than 95 million BMI performances on commercial radio stations worldwide, making him the organization’s top country songwriter in terrestrial country radio. Keith’s albums have sold more than 40 million copies. His tours have drawn more than a million fans each year for more than a decade straight, with expansions into Europe and Australia. The awards are too numerous to count and include Artist of the Decade nods from Billboard and the American Country Awards, as well as the ACM's Career Achievement honor, Poet’s Award recipient, and twice their Entertainer of the Year award winner in back-to-back years. Toby's most rewarding experiences, however, have come from giving back locally, nationally and abroad. In addition to his effort and support with The Toby Keith Foundation and OK Kids Korral, his 11 USO Tours to date have enhanced the lives of nearly 256,000 troops and military families in 18 countries with more than 285 events, and have been recognized with the Spirit of the USO Award (2014).

Hailing from Livingston, Louisiana, Laine Hardy is a country singer, songwriter and guitarist. His discography includes the EP In The Bayou (2018) and the single “Flame”. The Louisiana native competed on seasons 16 and 17 of American Idol. Hardy won season 17, making history as the first Asian-American to win the singing competition.

In June of 2016 WATERLOO REVIVAL signed to Toby Keith’s record label, Show Dog Nashville, and joined him on the “Toby Keith Interstates & Tailgates Tour sponsored by Ford F-Series” where they continued to push their music out to the world, developing a dedicated fan base along the way. They have continued touring and supporting their single, “What Guy Wouldn’t.” With more than 26 million streams of the song to date, WATERLOO REVIVAL continues their forward momentum with the release of new songs on the horizon.